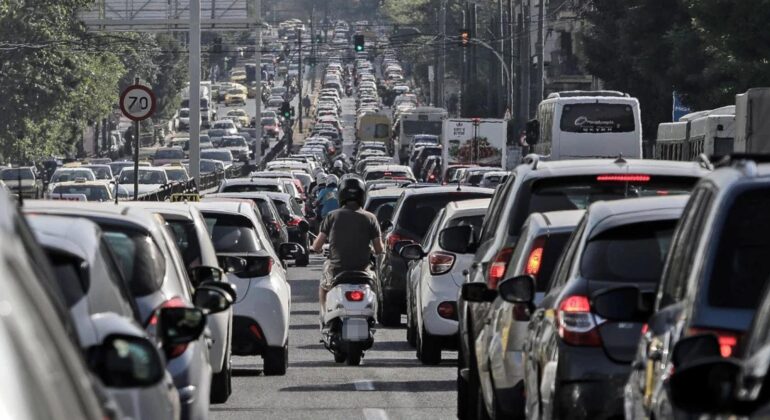 Greece clearly stands out in the study on European drivers and their behavior.

The survey of 12,400 Europeans on behalf of the French organization Vinci Autoroutes, which manages the French motorways, was conducted by the company Ipsos polls.

At least 1,000 people participated in each of the 11 countries, asked about their own driving habits and the habits of other drivers.

How do Greek drivers stand?

According to the data, Greek drivers are top of the list as concerns bad behavior but also negative comments about other drivers.

In particular, they are the most critical of other drivers’ driving habits, with 91% of them using negative comments for European drivers.

Also, the Greeks are at the top of the list of European drivers who have “absolute behavior” with their own cars.

Specifically, almost half of Greeks report swearing, honking, overtaking on the wrong side of the road or jumping out of their car to yell at
another driver.

And that’s not all

Greek drivers are the ones who have the most chances to form a queue on the road and become the annoying drivers who do not let others pass.

In addition, Greece tops the list of drivers who use their phones while driving, with 77% admitted to making phone calls while driving and 83% saying they use their smartphone at the wheel.

Greece has the highest score in dangerous driving, with about a third of drivers admitting behaviors such as speeding, ignoring a red light, not slowing down for road works and not keeping a safe distance between cars.